The River Ranges still serve an important role as aids to navigation…especially in rough weather.

They have acted as sentinels for decades for fishermen and boaters seeking safe harbour.

The lights and foghorn have long been identified as part of our heritage.

They are the most photographed objects along the entire Bruce coast and attract people to Pioneer Park. They are, along with the Imperial Tower, the icons of our community.” 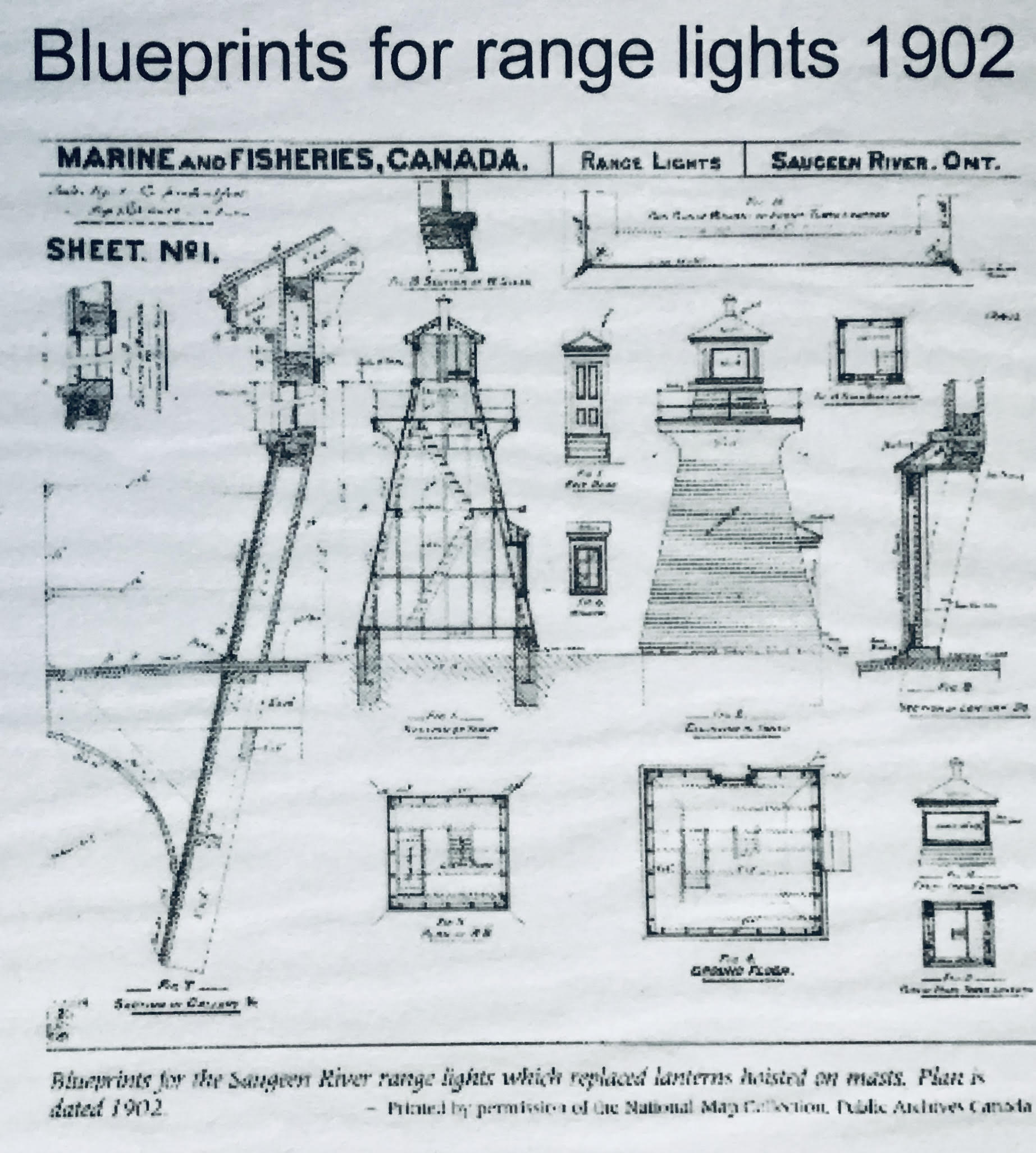 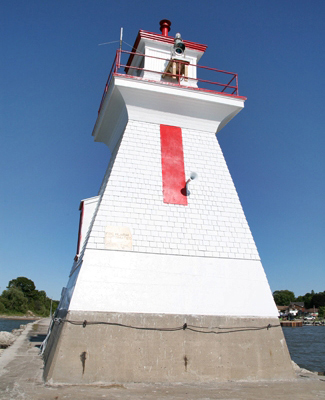 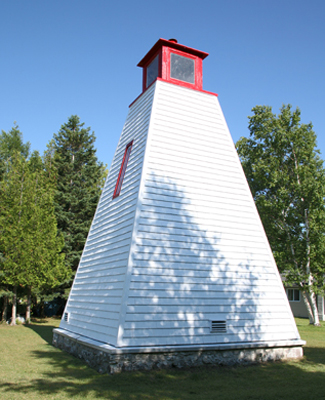 Chantry Range was located at the end of the Keepers Dock on Chantry Island.

This Range lined up will the McNabb Light allowing safe passage through the 400 ft gap so the sail boats could enter the Harbour of Refuge.

The Chantry Range was knocked into the Lake when hit by the Erie Stewart in a storm. On a clear day when taking a Tour to Chantry Island you can see the outline of the shipwreck and the cribs from the former dock. 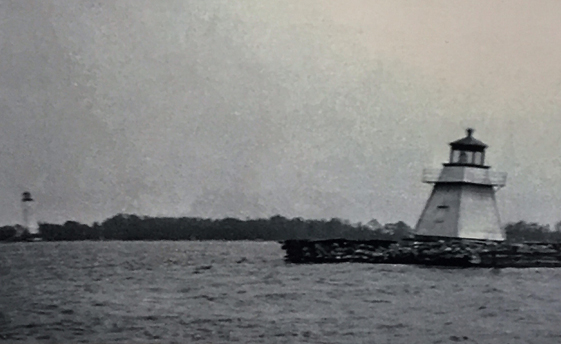 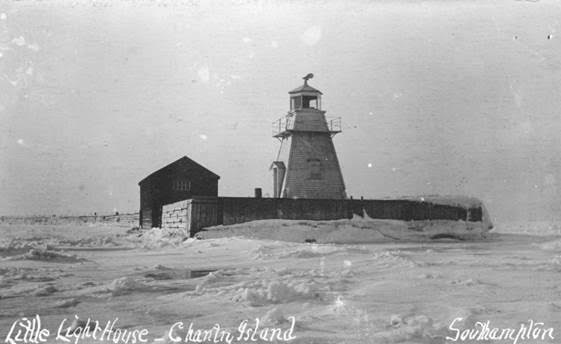